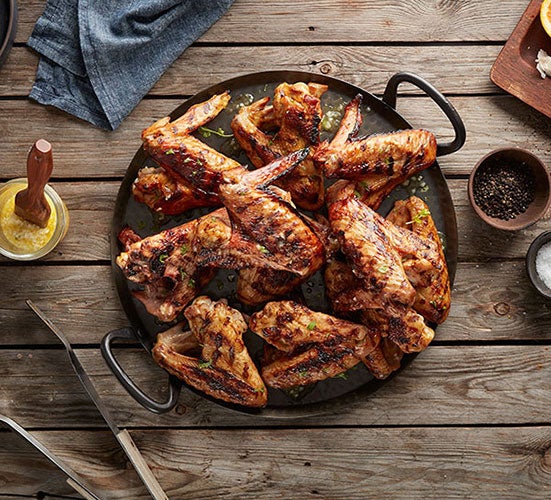 To prepare the turkey wings, rinse them under cool water and pat dry. Cut three slits across the outer edge of each wing, scoring the skin so the seasonings can reach the meat. Place the wings in a large mixing bowl.

Build a charcoal fire for indirect cooking using Kingsford® Charcoal with Hickory, situating the coals on only one side of the grill, leaving the other side void. Preheat the grill to 400°F.

Cook the wings over indirect heat by placing on the void side of the grill, until the internal temperature reaches at least 165°F. Before removing from the grill, place the wings over direct heat (directly over the coals) for three to five minutes to allow the skin to get crispy.