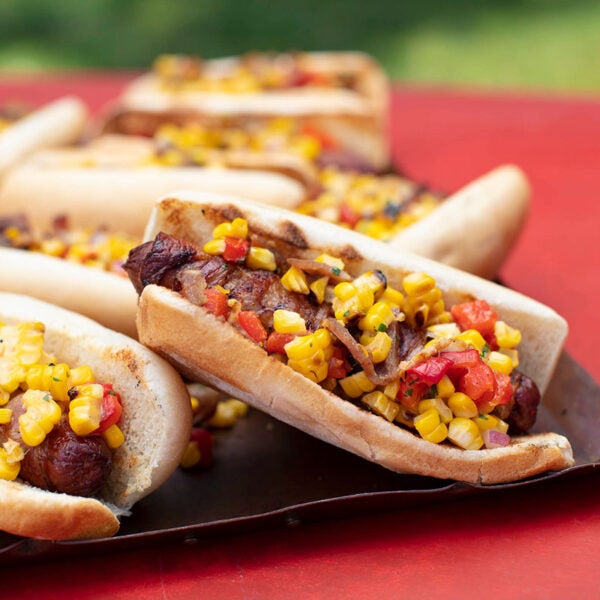 Prepare grill for 2-zone cooking, placing pre-heated Kingsford® briquets on one side of the grill’s charcoal grate to create a hot and a cool side. Replace main cooking grate and adjust bottom vents to bring the grill temperature to approximately 400°F.

Roughly chop the bacon then remove the stem, core, and seeds from the bell pepper and dice. Remove the kernels from the ears of corn then combine the bacon, bell pepper, corn, cilantro, lime juice, red onion, salt and honey mustard in a medium mixing bowl and blend well. Set aside until ready to serve.

Wrap each hot dog tightly with a slice of bacon and set on the cool side of the grill. Cover the grill and allow the hot dogs to cook for approximately 20 minutes until the bacon is browned and crisp. Remove the bacon wrapped hot dogs from the grill and assemble by placing each one into a bun then topping with the bacon and charred corn relish. Serve immediately.